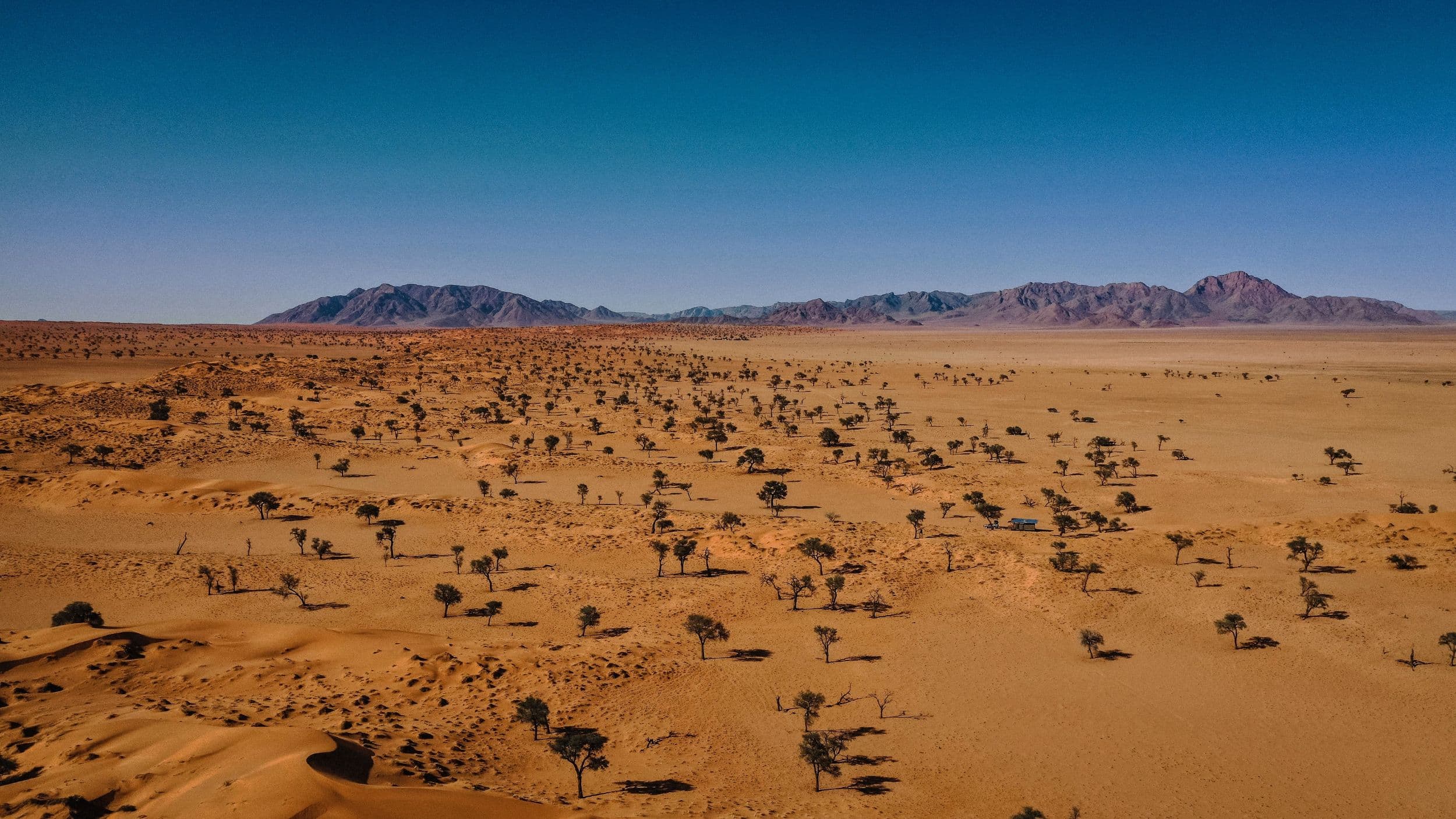 1) The Namib desert, is 80 million years old (it is the worlds oldest desert)

Namib appropriately means “the land of open spaces”. The rusted orange sandy landscape welcomes you to the world’s most ancient desert curved by the ferocious winds, baked by scorching sun, and rusted by the iron of Africa. Indeed, it is an open space that unreservedly grants you opportunity for exploration and adventure. The Namib is full of incredible surprises.

2) Dragon’s Breath in Namibia is the largest underground lake in the world.

Hidden beneath the hot Kalahari Desert in Namibia lies the world’s largest underground lake (non-sub-glacial). The lake is found 100m down the a cave known locally as the Dragon Breath Cave. The word “Dragon Breath” strangely describes the cool fresh ‘breath’ that one encounters oozing from the cave’s mouth. If you love daring adventures, where you descend 100m down a cave to go diving in the cool waters of nature’s largest underground lake, beneath a hot desert, then, this is the place to explore. The lake is also the home to the worlds rarest fish (a species of catfish unique to the lake - of which there are estimated to be only 200!)

3) The Republic of Namibia has been the first country to include protection  of the environment in the Constitution of the country.

Namibia is fairly a newly independent country after having won independence relatively recently (March 21, 1990). This recent establishment of independence has allowed Namibia to create a modern and forward-thinking constitution, and we couldn’t be more glad that Namibia have included the protection of their natural heritage as a core part of their most important manifesto. With Namibia having one of the largest areas of desert, of any country - this legislation creates a perfect storm for a truly breathtaking and unique ‘untouched’ natural experience.

4) Some of the largest  Sand Dunes in the world

The Namib Desert is host to some of the largest sand dunes in the world. These towering mountains of sand are both striking and great fun to climb/explore. Dune 7 reaches a height of 383m and is the country’s highest sand dune.

One of the most popular paces to visit to see some incredible giant dunes however is Sossusvlei. Located in the southern part of the Namib Desert, a massive salt and clay pan surrounded by some of the world’s highest sand dunes. Many of them more than 200m tall, with the largest being 325 m.

‍
5) The Namib-Naukluft Park is one of the largest conservation areas in the world.

Namibia has many conservation areas geared towards protecting its natural habitat. Namib-Naukluft Park is one such a conservation area. One of it’s most beautiful is Etosha National Park - an 8,600 square mile park named after the Etosha Pan, an enormous flat salt pan, which is a mostly dry lakebed with high mineral and salt encrusting the top. A few days every year it fills with water and flamingos can be spied on the water. It is one of Namibias most magical sights. Etched within the Naukluft mountain range in the Namib Desert, Africa’s largest park boasts nearly 114 mammal species and over 340 bird species including rare jackals, desert lions, cheetahs, gemsboks, unique desert reptiles (snakes, geckos), and out-of-this-world insects. There are many camp zones where you can restfully interact with the desert as you get entertained by the humorous sounds of geckos. Before taking a break to rest, make sure that you have gone hiking to explore some of the scenic ranges in this desert world.

In 2013, Namibia received the Gift to the Earth Award from World Wildlife Fund (WWF) recognising their progressive support for communal conservancies. Local communities run these conservancies and are directly responsible for protecting the land. This community-based initiative empowers indigenous tribes by providing social and monetary support in turn for stimulating sustainable experiences for tourists. We are proud to operate tours in a country that is a world-renowned role model in sustainable tourism, and to help where we can to give back to local communities with initiatives that you yourselves can get involved in.

7) The Deadly Skeleton Coast Is Located in Namibia

An amazing section of where Namibia's meets the Atlantic Ocean has been named the Skeleton Coast. Historically, it was nearly impossible to launch boats from the shore in this northern part of Namibia, and the only way out to the ocean was through a vast marsh, accessible exclusively via a hot and arid desert. Given its harsh conditions, the Skeleton Coast has been responsible for numerous deadly shipwrecks. These shipwrecks take very handsome pictures, and make for incredible exploring.

Located in Namibia's Kunene Region, Twyfelfontein has one of the continent’s largest concentrations of rock engravings and art. It is believed that ancient hunter-gatherers, and later herders, conducted shamanist rituals that involved creating the rock carvings.

The area has likely been inhabited for 6,000 years, and the site has been designated as a UNESCO World Heritage Site.

The Fish River Canyon is the largest canyon in Africa and is one of Namibia’s many natural wonders. The canyon has a total length of 160 km, a maximum width of 27 km, and a maximum depth of nearly 550 m. It is second in size only to the grand canyon, and is well worth a visit for it’s awe-inspiring scale, and the breathtaking views.

10) Namibia has the second lowest population density in the world

Namibia has one of the lowest population densities in the world with merely 3.2 persons per km sq. The vastness of Namibia’s desert scenes is exacerbated by their quietness - particularly Sossusvlei and the Skeleton Coast. Being the only people around just adds to the unique atmosphere of these other-worldly landscapes. What better host to a true Africa adventure. 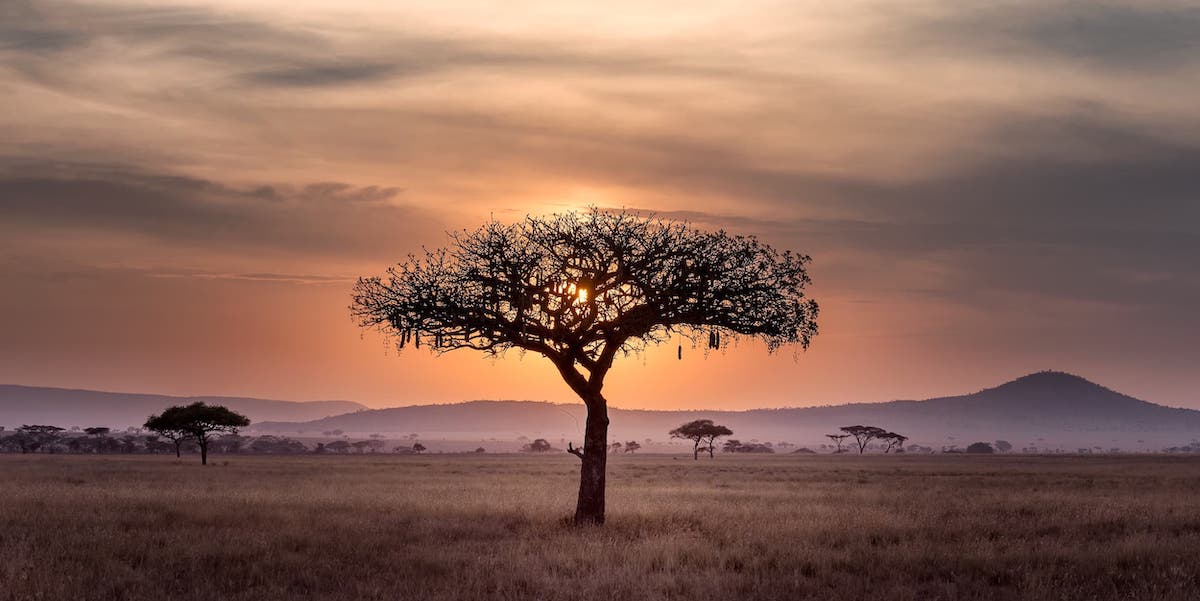 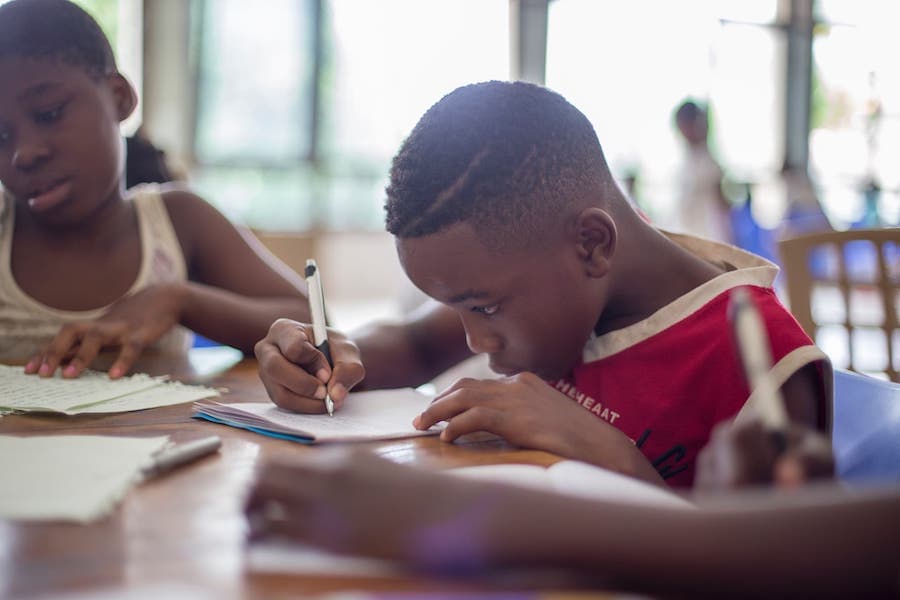 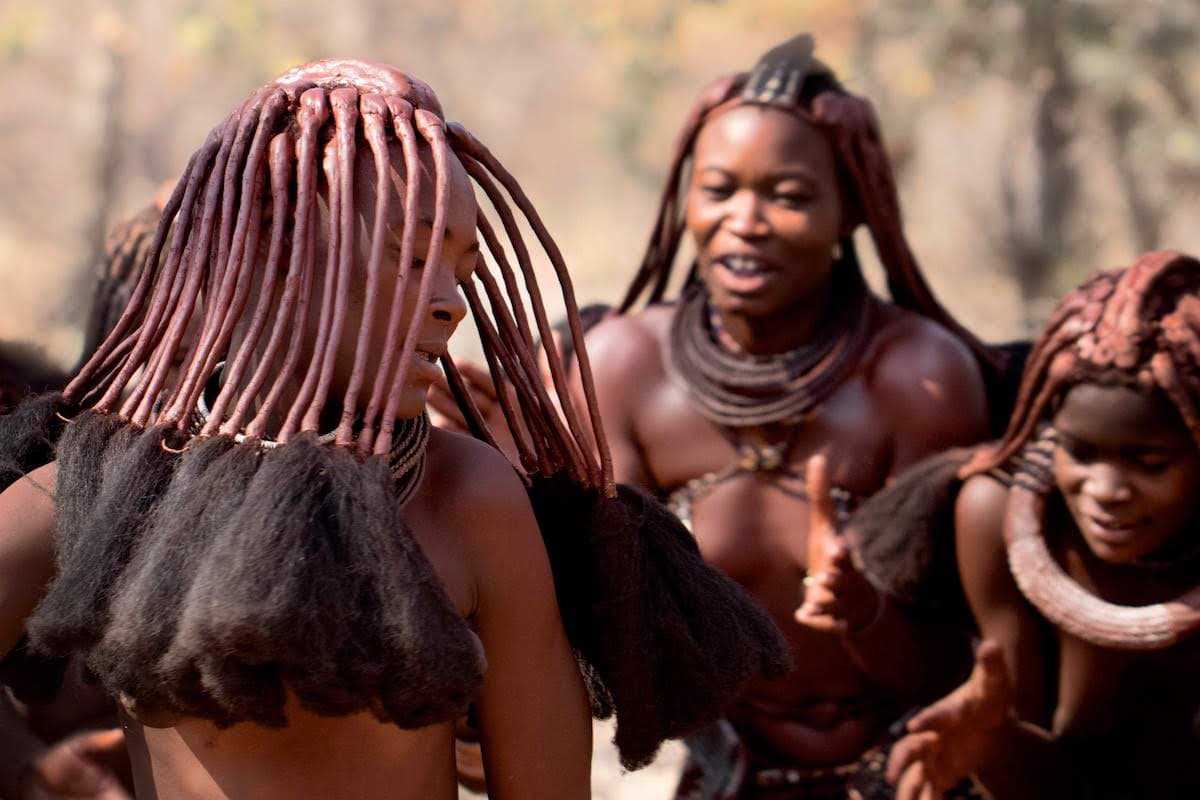